We highlight many inspirational career break stories on Briefcase to Backpack. And now you have a chance to meet some of these people in person at Meet, Plan, Go! events across the country on September 14. Visit the site to see our 13 locations, but here are a few of our hosts with their own inspiring stories.

Wow. You have guts.

That is probably the phrase I heard the most after I made the decision to break up with my boyfriend, quit my cushy television producing job at ABC after 10 years, and sell off most of my stuff to travel around the world solo. Most people think I am so courageous. But after 3 ½ years of circumnavigating the globe, I just feel like…me.

Honestly, doing it was not hard or scary at all. It was exhilarating and liberating. You don’t do it all at once, it happens in tiny steps. Perhaps it was guts or courage or confidence, but honestly I gained even more of that after I left. The hardest part was making the actual decision, but in hindsight, it wasn’t that hard! Now that I am back, life is still here…people are still running on their ‘gerbil wheels’ toward ‘something’ and making trips to Target to buy big bags of important ‘stuff.’ Not only did I not really miss ‘life’ while I was gone, I was instead in the thick of real ‘life’ seeing the world.

Over the last few years, I took Spanish and surfing lessons in Costa Rica, rode through the narrow fjords and icy glaciers of the Chilean Patagonia, swam with dolphins off the coast of New Zealand, sand-boarded the dunes of Dubai, and climbed like Moses to the top of Mt. Sinai. I have also found work in many places—I served up coffee and sandwiches in a café in Melbourne, taught private business English lessons in Istanbul, worked as a research assistant at the University of Cologne, and did some English voice recording for a publishing company in Berlin. All the while documenting my on my blog.

If you are thinking of making a life change, a career break, or a major trip, then good for you! Don’t put it off for tomorrow, because something will always come up to get in your way. And there are very few excuses that really fly. I have met many people traveling who had lots of possible ‘reasons’ that would stop them: pets, spouses, children, careers, homes, cars, lack of funds, on and on. Where there’s a will…there’s a way.

That’s what people said to me and about me when I told them I was leaving my corporate job, packing up, selling off and heading out to travel the world. That was in 2006. Four years later, I don’t regret the decision one bit; here’s why. 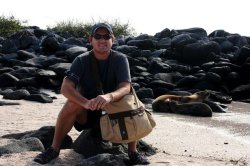 On my career break, I learned to speak Spanish fluently. I learned how to ski for the first time. I woke up to the sunrise and sipped wine while watching the sun set in the Galapagos Islands. I went sailing on a felucca for 3 days on the Nile in Egypt. But most of all, I got my life back.

We put so much of our time and energy into our careers, we become inextricably defined by that one aspect. We forget all of the other things we are (or were) before we joined the rat race. For me, there was no other way to reclaim myself than to stop, get away and follow my passions.

As the founder of Career Break Secrets, I am so proud to be part of this nationwide movement letting people know it’s OK to live your life for you, to follow that dream or passion you have.

Do you feel like the flimsy walls of your beige cubicle are closing in on you? Are you spending your corporate lunch breaks sneaking off to the closest bookstore just to wander wistfully through the travel guidebook section? If so, ENOUGH ALREADY! It’s time to stop dreaming and start packing. 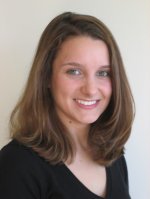 As a Life Sabbatical & Long-term Travel Coach, I am passionate about empowering my clients to break out of their routines and escape their cubicles so they can strike out and discover their own on-the-road adventures. Given that my profession is getting my clients off the couch and onto the plane, I am thrilled to be working with Meet, Plan, Go! to spread the word about extended career breaks and long-term travel experiences.

But do you want to know why I’m really passionate about what I do? Because if the wistful would-be wanderer I described above sounds familiar, know this…

I used to BE you.
Long before I became a Life Sabbatical Coach I was longing for the open road and dreaming of faraway lands while at the same time staring down the barrel of so many perceived obstacles and self-imposed limitations. And as a woman who earned ten months of freedom off on nine dollars an hour, (no, that wasn’t a typo,) I’m here to tell you…anything is possible.